6 reasons for outsourcing software development to Serbia in 2022

When people think of Serbia, a few things that come to mind are regarding Novak Djoković, the famous tennis player, Slava celebration, and exotic foods. But, software development? Although Serbia is a lesser-known country in the European Union, it is most definitely a rising star in the IT outsourcing business. A variety of factors makes Serbia a great option particularly for UK companies that are looking for nearshoring software development, such as the increasing number of skilled and well-educated professionals, minimal time zone difference, the ability of Serbian developers to speak fluent English, and more.

Advantages of Serbia as a software outsourcing destination

Focus on education and the skilled workforce in Serbia

Serbia as a country has been moving forward steadily over the past decade, particularly in terms of the education sector. While acknowledging that there are still many gaps to be bridged in enrolment and helping children stay in school, the Serbian government has taken initiative to improve the education system, leading to a high literacy rate of 98.23% in the population 15 years and older, and a decent rate of return to school.

To facilitate higher studies and encourage growth in STEM as well as humanities fields, Serbia has some very well-established institutes such as the University of Belgrade, which boasts of a wonderful and varied offering of courses under Technology and Engineering Sciences, apart from medical science, social science, humanities and sciences, and the University of Novi Sad, which offers great courses in science and engineering and is known for its focus on research and innovation.

It is evident that this high quality of education and many offerings in science and technology education provide ample space for talented developers to bloom. Thus, it would be a relief for UK companies seeking to outsource a development team from Serbia, to know that the developers they hire will be skilled and well-equipped.

Belgrade and Novi Sad not only have excellent universities, but they are also the hubs of technology and innovation in Serbia. While IT outsourcing is on the rise and many of the tech companies situated in these hubs are outsourcing companies, there is a lot of scope for research and development in these areas, with thousands of software developers and IT professionals joining every year and an increasing number of globally known companies setting up base there.

The Serbian government has also been supporting and working to facilitate the growth of the IT industry by investing in creating a physical infrastructure for information technology, particularly in universities so that students imbibe the practice of innovation early on.

Serbian laws have been put in place to ease the entry of foreign investors and companies seeking outsourcing services in Serbia, and there are tax-saving provisions for IT companies on income earned through outsourcing as well.

It is clear that the Serbian IT industry is meant to grow for a long while now, probably culminating in its rise to the top five among European IT industries. Thus, Serbia’s developing tech scene and growing focus on research and development make it an ideal place for UK companies to consider offshoring software development.

A major concern that companies have when they seek outsourced software development from foreign nations is the chance of real-time collaboration, which is crucial for the success of all software projects.

If the outsourcing partner is in a time zone that is several hours away from that of the UK companies, it makes this real-time communication hard as the two parties are rarely working in the same time frame. However, when you select Serbia for offshore outsourcing, this is not a concern as Serbia is only an hour ahead of the UK in the time zone.

This ensures that you get to communicate frequently with the software development team and can get queries and issues resolved faster because you are working in tandem with them. Thus, nearshoring software outsourcing to Serbia ensures that you save a lot of time and effort and are also able to get the project completed timely.

With the constant growth of the Serbian IT industry, it does not come as a surprise that Serbian developers are content working in the same teams for a fair while, happy to be a part of the thriving sector. This is really beneficial for UK companies considering offshoring to Serbia because it means that the chances of working with the same team of developers for the entire project are high.

Having the same team members through the development process is something every client wants when they seek software development outsourcing as this way there is no loss of knowledge and no disruption in the flow of the project. When you choose to hire a development team from Serbia, you get to work with the same team throughout, which automatically makes Serbia one of the most attractive destinations for software outsourcing.

Another factor that makes it easy for UK companies to work with Serbian software developers is a similar business and work culture that Serbia and much of Europe have in common. The work ethic, value sets, and codes of conduct followed by Serbian professionals are quite similar to that of UK businesses, so there is a definite bonding of cultures, which makes the project collaboration an even more enjoyable venture.

Since UK companies communicate primarily in English, many companies worry about offshoring to countries in East Europe due to the fear that the developers won’t be able to speak the English language well and this will result in major communication problems. Fortunately, this concern is eliminated for UK companies that IT services outsourcing from Serbia because Serbian developers are quite proficient in English.

Serbia ranked 17th out of 100 countries and scored 61.30, a considerably high score on the English Proficiency Index in 2019, so it is certain that UK companies will not have to worry about language barriers when working with Serbian developers.

Quality of work is often another factor that worries companies when considering nearshoring to other countries. However, UK companies need not fear about the quality of Serbia’s software engineers and developers, because they are known for providing high-quality work and are very skilled in agile software development and every development center is involved in offering custom software development services to their clients.

The comparative cost advantage of software outsourcing to Serbia

It is to be noted that a primary concern with things or services that come at low cost is that the quality will be compromised. But with Serbian developers or the IT sector in Serbia at large, there is no chance of that happening. You get the same high quality of work you would expect from an in-house developer based in the UK, but here the added benefit is you get it at a much lower cost.

Moreover, the Serbian IT outsourcing market is still growing, so the rates of hiring and related processes during offshoring are not so high. UK companies can go ahead and choose Serbia as their outsourcing partner owing to this major benefit.

Whenever you are considering software development outsourcing for your next software or web development projects, there are some essential things to remember and put in place before committing to outsourcing and letting the development process begin. These processes are important for offshore outsourcing to any country, whether it is Serbia, any other nation in Eastern Europe, Western Europe, or anywhere else globally if you want a seamless project experience.

There are a few other things you need to consider and keep in mind during the project as well. For perfect project management and to get the most out of the offshore outsourcing experience, these pointers are important for both you and your outsourcing partner.

The above pointers will help you no matter where you choose to outsource software development from. Today, there is a whole world of choices when it comes to nearshoring, and although Serbia is quite an ideal place to get nearshore software development from, there are also some drawbacks to remote outsourcing. Just as it is essential to know what to keep in mind before going ahead with offshore outsourcing, it is good to know the possible disadvantages or difficulties one might face when choosing a certain country- here, Serbia- as an outsourcing partner.

Some of the same reasons as to why Asian countries like India and China lost a faction of clients for outsourcing from the USA or Europe are the same that made countries like Serbia an increasingly popular choice for software outsourcing. The vast difference in time zone between UK and India/China rendered these countries a less preferred destination for software development outsourcing while the fact that Serbia and several other Western or Eastern European countries are only an hour or two ahead of the UK made it a popular choice.

Serbia is a very attractive outsourcing destination, but it cannot be denied that there can be some difficulties UK companies may face while working with service providers from Serbia.

Serbian labor laws are quite complex and also very strict. This is generally not an issue but as contractual laws are stringent about the terms on which an employee may be dismissed, UK companies should be careful of the same. If they get involved in unfair dismissal charges, they can get in trouble with the Serbian law. Moreover, trade unions are very active in many parts of Serbia and are keenly involved in their members’ conditions of employment. Companies working in Serbia should hence beware of these trade unions which can create difficult situations if they feel the need to. At the same time, when a company doesn’t hire employees in Serbia but simply outsources some of its processes to a Serbian contractor, there shouldn’t be any of these legal issues.

Another difficulty that may be faced when trying to hire Serbian software developers is the lack of experienced developers in the market. The Serbian market for outsourcing software development is still young and hence, although most of the professionals are highly skilled and talented, many may not have the qualifications or years of experience you are looking for. Given this business environment, it can be a bit of a gamble. However, being able to study the developer’s profile and assess for yourself can rule out that concern.

Other than these factors though, Serbia is quite a safe and reliable destination to seek outsourced services from. The nation is politically stable and has good relations with the UK, and the state of current affairs in Serbia assures that outsourcing software projects from there should not be a security risk.

Although there are several choices for UK companies seeking offshoring options for their upcoming software development projects, Serbia is one of the European countries that is rising to the top as an ideal place for software development outsourcing. In terms of nearshoring, Serbia has a lot to offer, from an increasingly skilled talent pool of multilingual software developers to reasonable hiring costs and highly professional services. 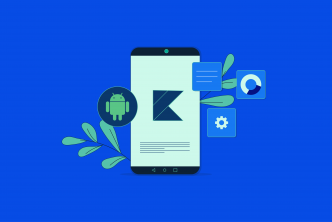 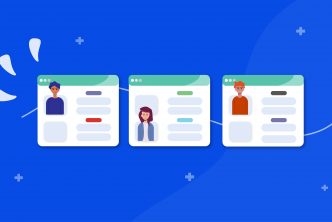