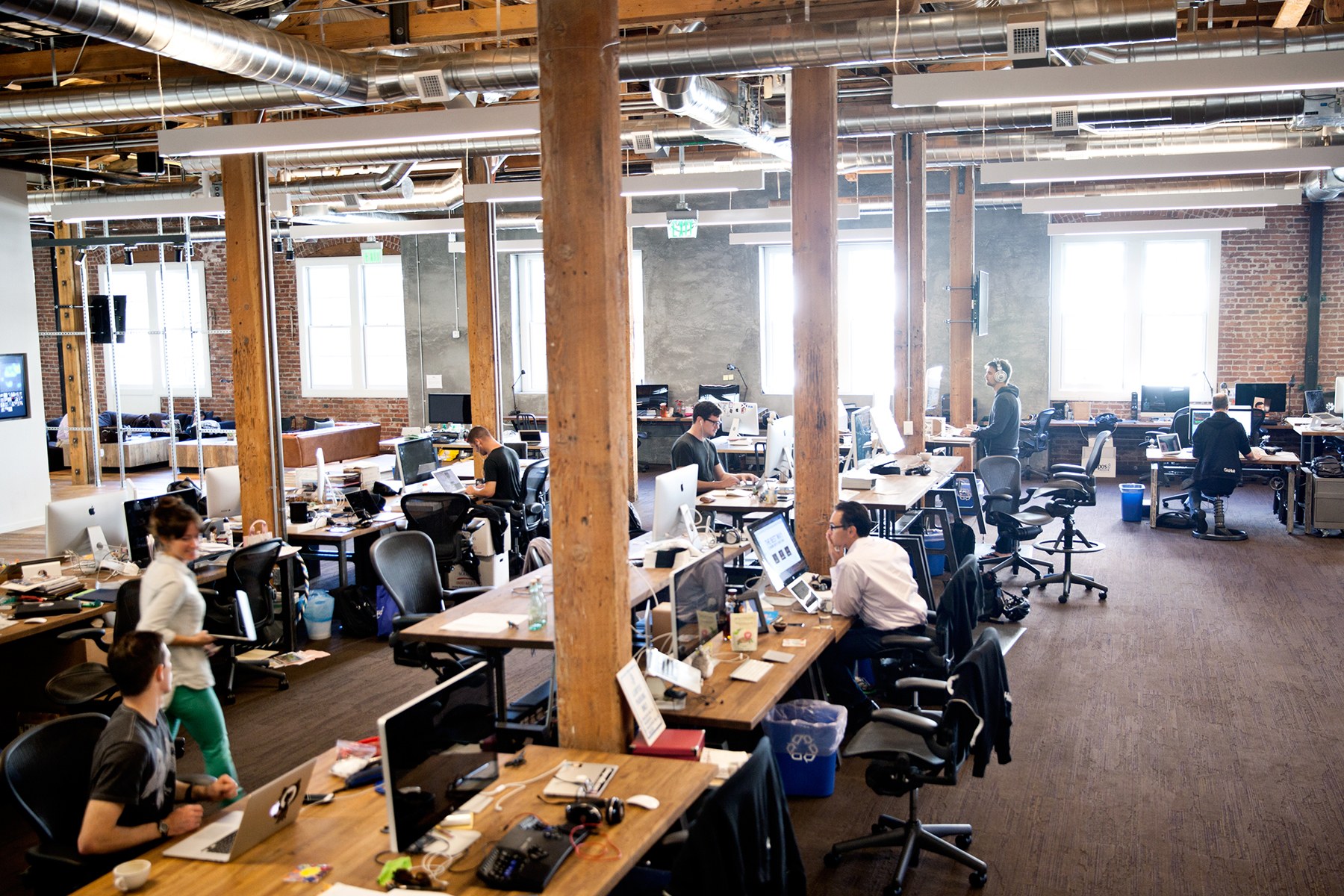 IT Outsourcing in Eastern Europe: Locations

According to the Global Services Location Index, Poland, Bulgaria, Romania, Ukraine, and the Czech Republic are the best countries to outsource software development in Eastern Europe. We give brief overviews of each country and its IT industry. 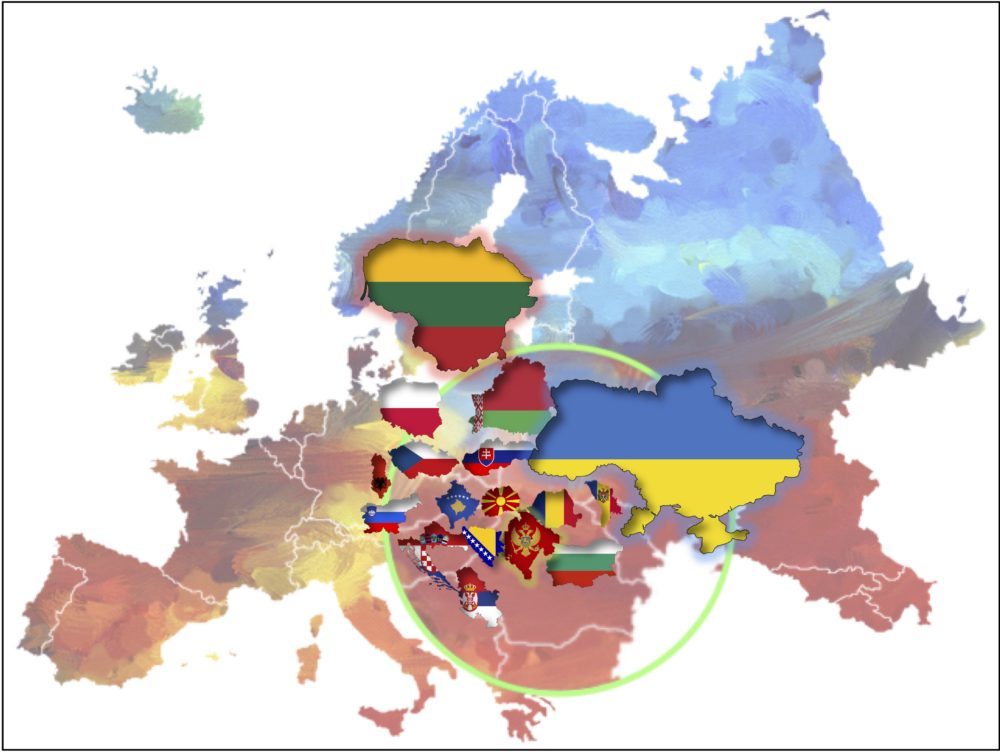 Poland is the most economically stable country in Eastern Europe, with the fastest growing economy in the entire European Union. The IT industry in Poland is also booming, with over 400,000 professionals working in nearly 450 offshore software development companies. Polish universities graduate over 15,000 tech graduates every year, so the country can boast of its deep tech talent pool. As for the technology stack, the most popular programming languages among Polish developers are Java, PHP, C#, C++, Python, .NET, and JavaScript. Krakow is among the top 100 digital innovation cities, while other major tech hubs are located in Warsaw, Poznan, and Wroclaw.

Bulgaria started “nearshoring” software development back in the 1980s—the country specialized in the export of large-scale computer technologies to other Eastern Bloc countries. Today, the Bulgarian economy ranks 53rd out of 137 countries in the World Economic Forum’s Global Competitiveness Index 2021. As for the IT sector, it grew at an annual rate of 17% between 2020 to 2021, generating 10% of the country’s GDP. Clutch ranks Bulgaria as the world’s 5th most popular IT outsourcing country.

Romania is in the EU’s top 5 countries with the fastest-growing economies. The country features about 100,000 IT professionals, with nearly 7,000 tech talents graduating from the local universities yearly. Romanian developers are also known for their high English proficiency. Since 2017, the IT industry in Romania has grown to $4.2 billion and generated 5% of the country’s GDP. The IT market growth rate is 15%.

With its tech capital in Kyiv, Ukraine still has plenty of room for improvement. However, despite its past, the country has been actively growing its IT industry since 2014, after the government changeover, and now has been producing impressive results. Despite these great results, many foreign customers worry if it is safe and efficient to hire developers from Ukraine or assign them tasks due to the ongoing war. Many Ukrainian IT companies had preemptively moved their development teams to safer cities in western Ukraine or abroad before the war started, where they continued developing software efficiently. Providing for their families and bringing stability to the Ukrainian economy motivates these IT developers to continue providing their services. Additionally, many Ukrainian software development teams demonstrate a high level of English proficiency. Ukrainian tech companies such as Preply, Grammarly, and Petcube are known worldwide.

The Czech Republic joined the EU in 2004 and has since steadily demonstrated a stable economy and legal environment. Its popularity has attracted software giants such as Microsoft, Red Hat, and IBM—they have their Research and Development (R&D) centers there. The Czech Republic and Hungary are considered the lowest risk options in the region. English proficiency of Czech IT professionals is also very high. On average, the country features approximately 22,000 skilled software developers specializing in most programming languages. 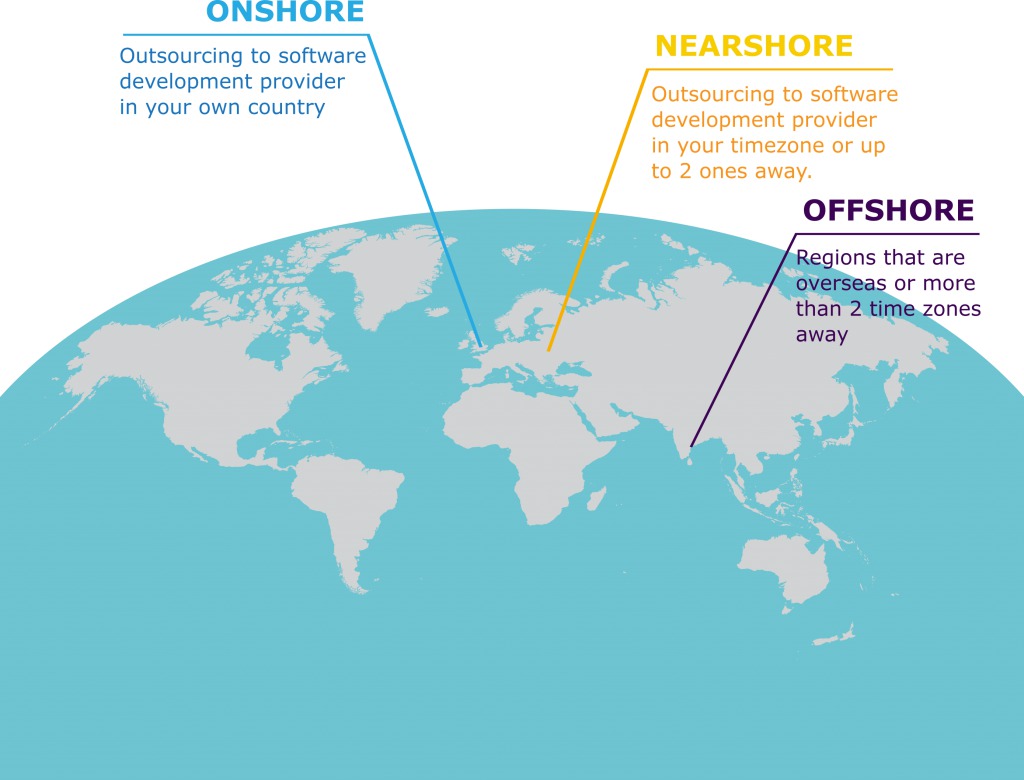 So why is Eastern Europe so attractive for outsourcing, offshoring, and nearshoring? Here are some advantages: 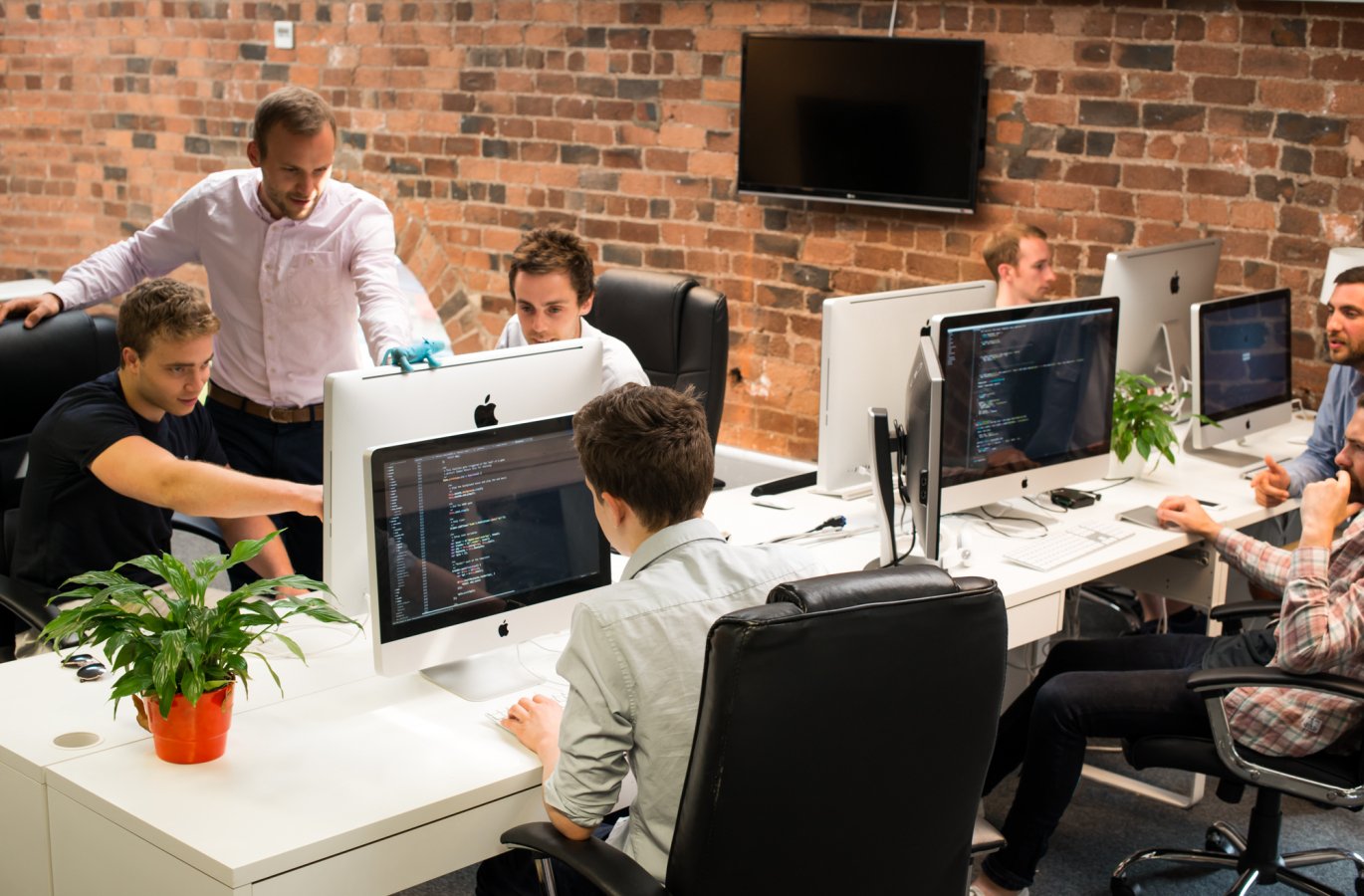 Despite the positive outsourcing climate in Eastern Europe, employers may still encounter problems while choosing a vendor and navigating the outsourcing process. These drawbacks include:

Poor Quality of Code and Development

It is difficult to thoroughly pre-vet a software engineer or IT outsourcing company and to ensure that they are the best fit for a project. It is especially hard to do so as a startup founder trying to meet tight deadlines and needing a stable workforce as soon as possible. As a result, clients may get poor, buggy code because:

Software Developers Who Tend to Leave or Disappear

After outsourcing custom software development services to a local software agency in Eastern Europe, companies may discover that the developers leave the team to look for other job opportunities. The IT market of most East European countries is highly competitive, meaning that the developers will not remain on a project with bad working conditions for long. This is the fault of the local vendor, who is not making any effort to retain the developers because it is easier for them just to replace the workforce. However, such unexpected and frequent replacements of a development team may disrupt projects.

Another issue is that freelancers can disappear suddenly. Freelancers are typically self-employed and do not work for any web development shop. As a result, they are not bound by loyalty or long-term commitments and may leave the project and stop responding.

Some offshore software development teams bill clients hourly but pad the invoice by charging for more hours than were spent on the project. For example, Jake hired an outsourced dev shop to create a WordPress theme from a completed design. He chose one of the best teams in terms of rates, rankings, and communication. While the team was working on the task, Jake was also working on the same task. At the end of the project, he compared his own hours with the hours billed by the team and got a stunning result. It took him 4 hours to complete the project, whereas the team billed 35 hours. Therefore, Jake recommends agreeing upon a flat rate (fixed price) to make sure that clients get exactly what they pay for. Be sure that this payment amount is included in your agreement.

One of the worst outsourcing nightmares is to find your sensitive data and trade secrets leaked to the web. This is because many offshore software development agreements are signed in a hurry and without an NDA.

Even in today’s tech era, there are no one-click solutions to transfer money overseas, including to Eastern European countries:

Clients from outside Eastern Europe may get confused with the local taxation system, so it is important to know who to pay. For example, most Ukrainian software developers working as private entrepreneurs pay less tax. That means that if outsourcing software development to Ukraine, companies need to sign a contract with a vendor that, in turn, signs contracts with the developers as private entrepreneurs. As a result, the company pays less tax. This scheme is legal but complicated, and some vendors can misuse this system. Therefore, it is important that employers carefully check the legal documentation to ensure that the transactions between the company and the vendor are completely transparent.

How YouTeam Tech Talent Marketplace Can Help You Avoid Risks

All of the above issues and risks can make you think twice before you decide upon outsourcing software development to Eastern Europe. However, there is a universal solution that can help you prevent those issues and make outsourcing to Eastern Europe easier and more reliable. The YouTeam tech talent marketplace is a platform where employers can find reasonably priced, pre-vetted tech talent at a risk-free. YouTeam has access to a dynamic talent pool of 20,000+ vetted software developers from different parts of the world, including Eastern Europe. Moreover, we offer IT professionals with expertise in almost all programming languages and with experience in booming industries, such as eCommerce, telecom, fintech, and healthcare. Let’s see how YouTeam can help companies solve these issues.

We at YouTeam do not accept low-quality code and do our best to ensure that it never happens. Here’s how we select software development companies that work with us:

If developers continue to demonstrate skills lower than advertised, we block the responsible vendor from our platform and help our clients find a replacement ASAP. However, we rarely need to take such measures. Our vendors’ goals are to maintain their good reputation and thus help us pre-vet only the best talent.

Developers featured on YouTeam will never disappear and let you down. Of course, anything can happen as we are all human However, in such a case, the customer will be informed promptly with a full explanation, and we will find a suitable replacement in a timely fashion. YouTeam developers are not freelancers. They are “officially” employed at dev shops that we cooperate with, so they just cannot leave without notice, as is often the case with freelancers. You will know of any changes beforehand, and we will recommend solutions in a timely manner.

YouTeam Solution: Payment Through the Platform

With YouTeam, employers don’t need to worry about transferring money to Eastern Europe or other offshore countries. Instead, customers securely make all of the payments via our platform while we handle the rest of the process. Furthermore, the software development company is responsible for overhead expenses, including payroll, taxes, and administrative issues. Finally, any payments for work rendered are released to the developers only after being approved.

Here are other YouTeam competitive advantages that make it the best choice for offshore software development in Eastern Europe:

According to Eric Ries, author of The Lean Startup, a startup is “a human institution designed to create a new product or service under conditions of extreme uncertainty.” We at YouTeam have created our platform with these conditions in mind because we were also working in a dynamic startup environment. Therefore, we give our startup clients an opportunity to scale the team to a necessary extent because the scope of their project can often change. With as little as a two-week notice, we can quickly find a solution.

Quick Setup of the Team

YouTeam gets offshore software development teams up and running within a couple of weeks. For example:

Employers will not experience such speedy organization by collaborating with a traditional outsourcing agency because they need much more time to set up each stage.

There are no third-party intermediaries between the company and their offshore software development team hired via YouTeam. Employers are able to interview the software engineers and communicate with them directly during the project. However, if an external project manager is still needed, we can help with that.

What are the advantages of working with Eastern European developers?

The primary reason for outsourcing to Eastern Europe is the developers’ technical skills. Eastern European programmers are known for their excellent IT skills and affordable rates. Additionally, developers in all Eastern European countries have a good grasp of English with a similar mentality and culture to Western Europe.

How much does it cost to hire software engineers from Eastern Europe?

How to vet tech candidates when hiring from offshore destinations?

We reviewed the best practices for vetting remote tech candidates in 2022. We collected the top online assessment platforms and alternative procedures that don’t require automated tools. Find out more in our recent article.

Eastern European countries are now the new offshore software development paradise because of:

However, despite the advantages, outsourcing to Eastern Europe can pose the following risks:

All of the above issues can be prevented and solved with YouTeam—a unique tech talent marketplace. Here’s how: