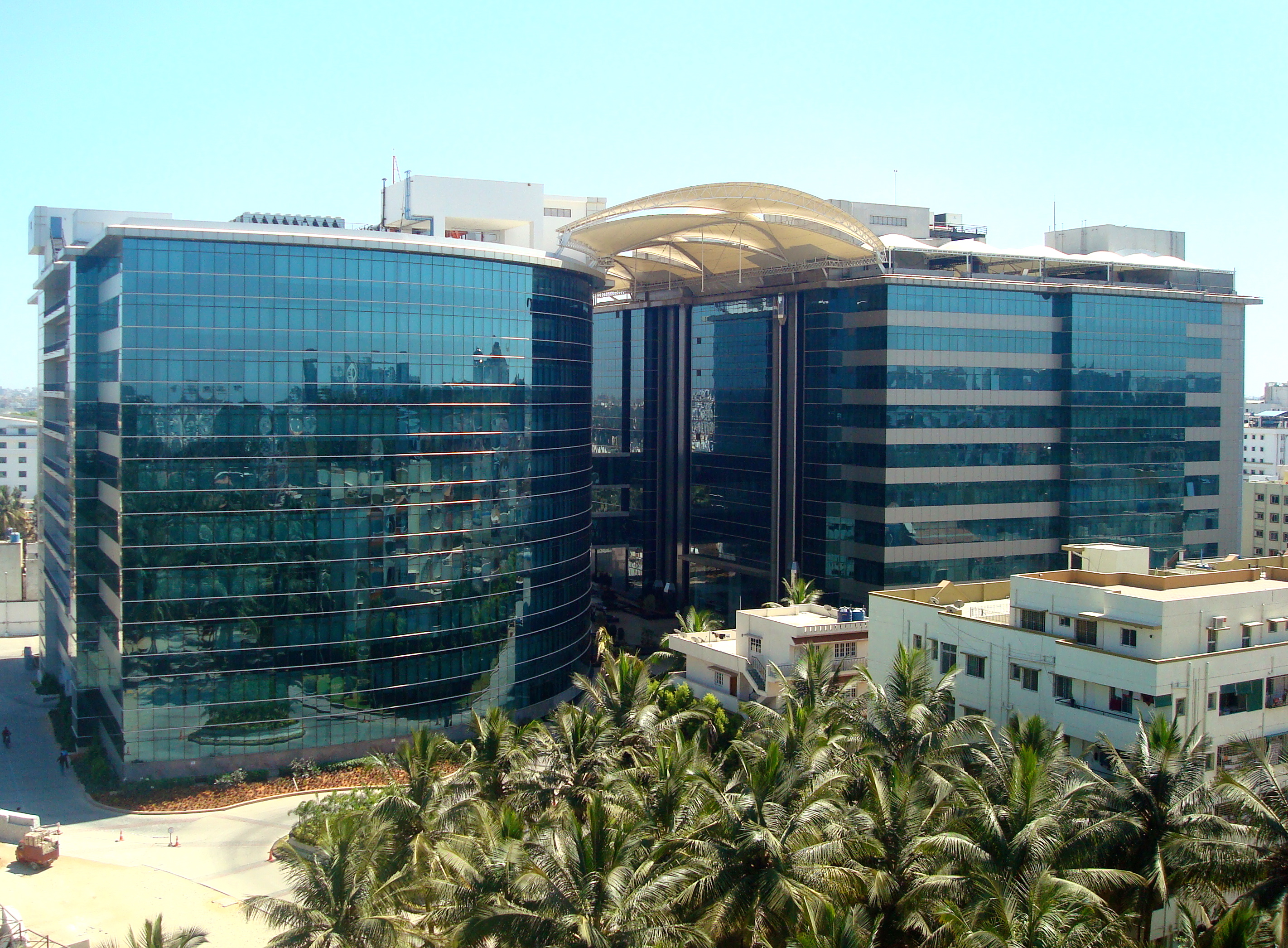 Offshore Web Development Companies in India – Do They Stack Up Against Other Low Cost Options?

India represents one of the largest and most cost-effective outsourcing destinations globally. The country is ready to offer a variety of offshore development options for overseas companies considering outsourcing. But should you outsource to India? Let’s find out and explore other options in this article.

Indian tech market gets more and more annual investments from the US and Chinese venture funds. All this has a positive influence on the progress of IT in India. Nevertheless, the country has its own set of pros and cons concerning offshore development. The benefit of outsourcing to India is a vast talent pool of young and energetic developers. But on the other hand, along with high-tech startups, you can find frauds pretending to be so. High profits of the offshore software development services in India makes this niche vulnerable to speculations.

So, all things considered, how favorable is India as an outsourcing destination? To find the answer, we will analyze various aspects of offshore development companies in India and see how they fare against other destinations.

Why do companies outsource software development to India?

There are many benefits of outsourcing software development to India. Some of these include:

The cost of living is lower in India compared to the US or most European countries. When outsourcing to India, you can find skilled developers for lower rates than what it would cost in other countries. If you want to find an expert development partner but at a slightly lower cost than in Europe, then India is an ideal destination.

Given India’s population and educational values, millions of developers and IT graduates are emerging every year. So there is no shortage of talent in India. This makes it easier to find proficient development companies and hire developers in India. It also makes hiring offshore developers easier as you don’t need to spend a lot of time scouting talent.

Work ethics are highly regarded in Indian companies. House teams are willing to occasionally work longer shifts and even take night shifts to keep the company’s momentum if required. So it’s possible to find hardworking and dedicated professionals in India who will do whatever it takes to complete a project on time.

English is the primary language in most educational institutes in India. So the general Indian population is well-versed in basic English. Thus, most offshore development teams in India are fluent and proficient in English, so it’s easy to communicate in real-time with them.

Development projects, whether it’s web applications or mobile apps, take time to complete, and there is going to be regular interaction with the developers throughout the development process. That is where the communication skills of Indian developers come in handy.

What benefits of software development outsourcing to India can be achieved with other countries?

🔸 The main benefit of outsourcing software development to India is the availability of high talent at a low cost. But is it the only country where such a scenario is possible? It’s important to review things from both sides, so we must turn our attention to other countries too.

For example, in terms of development cost, the hourly rates for software development in India range from $25 to $49, which is the same as European countries like Ukraine and Romania. Moldova is even cheaper, with hourly rates going as low as $20.

But the cost of android mobile applications is not the only basis of comparison. When we compare India as an outsourcing destination vs. Eastern European countries, many factors come into play. When we look at the quality and skill of developers in both locations, India does have a higher TechRank than others, but Ukraine, Romania, and Moldova are not too far behind.

In fact, Moldova, being the cheapest destination out of the three European countries, has an impressive TechRank that is just three points less than India. So the quality of developers skilled in top technologies e.g. JavaScript, Python, React Native, PHP, and so on, doesn’t vary too much in these countries.

🔸 The second factor is the general culture of the countries in comparison. The culture and work ethics in India are quite different than those in Europe. So some businesses from the West may find it a bit difficult to adjust to India’s work culture.

Suppose your business is based in Europe and you want to work with Python developers that know and understand European culture all too well. In that case, you might prefer destinations like Romania and Moldova instead of India.

🔸 Lastly, one clear benefit of outsourcing to Eastern Europe is that you are less likely to run into fraud, which is something you might encounter in the Indian market. It doesn’t mean that India isn’t a safe destination, but it implies that when outsourcing in India, you have to be more watchful and cautious compared to Eastern European countries.

So both India and Eastern Europe have their own advantages as an offshore development destination. India’s main benefit is its huge population comprising of millions of talented programmers, but the drawback is that few fraudulent companies also tend to hide among the many genuine ones.

In Eastern Europe, the benefit is that most of the companies are world-class and genuine, and the developers there are familiar with Western work culture, but the drawback is that they have a smaller talent pool.

Offshore development companies in India vs the Eastern Europeans

The table below provides cost & quality comparisons between India and nearshore locations in Eastern Europe, i.e. Ukraine, Poland, Romania, and Moldova, to give you a high-level snapshot of the relationship between quality and cost.

* TechRank on TopCoder and Hackerrank

Other factors which influence product success

When outsourcing development it is important not to just look at high-level information, trends, and averages, but to dig a little deeper into:

Offshore development is not just about costs all the time. It is also important to consider the work culture and professional environment of different firms. For example,

Getting the answer to these questions will help you make a better decision when choosing one option among various firms for mobile app development and digital transformation.

Mentality of developers from different countries

Developers from different countries have different skillsets and mentality. Their approach to development services and the tools and methods they use will vary. After all, software development is a broad field, and there are many ways to get things done based on your project requirements. Knowing about the mentality and methodology of developers from different countries is important because that’s how you can select the ones depending on your expectations.

Characteristics of the developers who will be assigned to your project, including their communication skills

The personality of your team leaders and DevOps specialists should also be assessed. Things like punctuality, ability to work under stress, response to pressure and occasional setbacks, and problem-solving approach are the main characteristics of developers that you must explore.

I have created a series of articles that will help you minimize the risk associated with outsourcing software development (for all geographies).

Please note though that for India there are a couple of extra risks that we need to be aware of.

If Indian developers are just agreeing to everything and not changing cost or time frames, this is a red flag.

When it comes to selecting developers YouTeam takes quite a conservative approach, by vetting companies before admitting them to our hiring platform. This is our way of significantly de-risking the outsourcing process before your first interactions with outsourcing companies.

Outsourcing risk is a very real problem and should be managed diligently.

TopTal is another company that provides quite a thorough pre-vetting service for developers within its Talentpool. Although TopTal tend to be 2x – 3x times more expensive than YouTeam because their developers are from the US, YouTeam is focussed mostly on the Eastern European and Latin American Market (with a view of diversifying into more geographies as it grows).

In addition to the pre-vetting process listed about, here are additional measures YouTeam puts in place as part of its platform model to make sure our clients work with the best engineers from top offshore development companies:

For more information or to do a search for available software developers, we invite you to explore youteam.io.

We hope, with this article we made your navigation between your offshore development options easier and safer.

Why is India a popular outsourcing destination?

What are the risks of opening an offshore development center in India?

The prevalence of fraudulent companies and even genuine companies that deliver low quality makes it difficult to find reliable developers to open an offshore development center in India.

How to minimize the risks of software development outsourcing?

One of the most effective methods of minimizing the risk of outsourcing software development is to turn towards reliable hiring platforms like YouTeam, where it’s possible to find verified expert developers from different countries all in one place.

Which countries are an excellent alternative to India for hiring a software development team?

Countries like Ukraine and Romania have a similar cost of services as India. Moldova is also a decent alternative where the standard outsourcing rates are cheap, and the TechRank is similar to Indian.

What are software development rates in India and Eastern Europe? 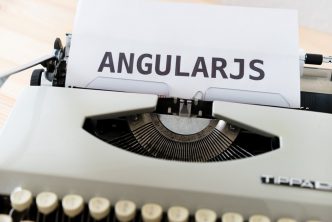 A Fact Sheet to Learn Before Hiring an AngularJS Developer 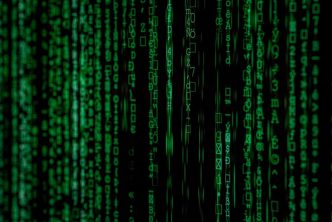 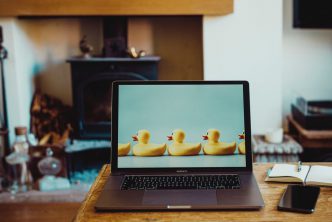 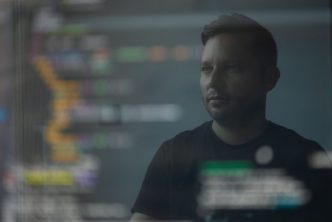 Everything you Should Know Before Hiring a Vue.js Developer