6 reasons for outsourcing software development to Chile in 2021

Celebrated fondly as the land of poets and known widely for its beautiful art galleries, fantastic wine, graffiti and street art as well as the sumptuous local cuisine, Chile today is also a fine example of a rapidly growing modernized nation with several thriving industries, one of which is software development. As unexpected as this might sound, the country has been investing significantly in skilling and encouraging young developers, and a number of factors such as improvement in infrastructure, similar time zones with the US, affordable cost of hiring, etc., prove that it is smart to hire software developers from Chile.

Advantages of Chile as a software outsourcing destination in 2021

Till the early 2000s, Chile was experiencing trouble on the education front because of high dropout levels at the primary as well as adolescent schooling levels. However, over the decades, the Chilean government made major investments and efforts towards education, spending 21.3% of its total expenditure on the education sector in 2017, which has led to an improvement in Chilean education standards.

Chile has several well-ranked universities that offer great courses on software engineering, development, and other technical studies, such as the University of Chile, which is ranked 8th in all of Latin America. The University of Chile’s Department of Computer Sciences is highly renowned for producing top quality talented IT experts and software engineers, and for leading many of the nation’s technological innovations with its research and widespread laboratories. Thus, a US company seeking offshore software development from Chile will certainly be delighted at the quality of talent churned out by the universities and software sector of Chile.

🔸 Innovation and supportive IT infrastructure in Chile

As the wave of technological growth spreads throughout Latin America, many countries are gaining a footing in the ICT and software sectors and are growing rapidly. Chile is actually expected to head this growth and development as the IT industry of Chile has been leading on fronts such as the Internet of Things, big data, sensor applications and has been encouraging the rise of tech companies that fuel innovation.

92% of the software sector is situated and flourishing in Santiago, with a large number of growing innovators, tech creators, and highly educated professionals and developers who are as skilled as they are multilingual, speaking fluently in English, a major plus for US companies seeking developers from Chile.

In recent years, Chilean law has also been adapted to encourage foreign investment and participation of start-ups by enabling visa acquisition within two weeks for foreign investors. This has sped up the technological growth of Chile and has also created more opportunities for software developers to hone their skills and come up with innovative solutions. Considering the very happening and active tech scene in Chile currently, it is indeed a good time to hire overseas programmers from Chile.

🔸 Real-time communication with the development team from Chile

A major benefit of software development outsourcing from Chile is that there is no time zone difference between Chile and the US, which makes this country a perfect choice for US-based companies when considering outsourcing. Many Asian countries such as China and India are losing out on outsourcing opportunities from the US these days due to the massive 10-12 hour time difference, but Chile doesn’t have that issue.

Due to the zero time difference, it follows that developers in Chile would be most active and working in the same time frame of the day as the US company, which means faster and easier communication as well as reduced response time. As a result, US companies that choose to hire remote development teams from Chile can expect timely and expedited completion of projects, swift resolution of queries and issues, and perfect real-time communication.

Due to the ever-growing nature of the Chilean software industry and the significant presence of successful software companies in the country, this sector is a good place for Chilean developers to work in, and the rate of retention is high. Since these developers are open to coding challenges and have an environment they can thrive in, they feel less tempted to leave their current company or team and move elsewhere.

For a US company seeking offshore software development from Chile, this is great news because it entails that the development team you hire at the beginning for your project will likely stick with you throughout the entire project. That means there is no loss of information, of technical knowledge, and most importantly, heavy loss of time is avoided, which would have occurred if the developers had a tendency of shifting jobs frequently and happened to move on in the middle of a project. Having the same team working with you from start to finish is very important for the health and success of the project, and this is something you can be assured of if you choose outsourced developers from Chile.

🔸 Multilingual developers and professional service of software development in Chile

When US companies think of outsourcing software development from Chile, one key concern they might have is regarding the language barrier that could make communication difficult between the Chilean developers and the US company. However, that is not likely to be a problem with Chile, because the Chilean education system has actually been working hard to improve the proficiency of English communication in the professional industries. As a matter of fact, in 2020, Chile’s score on the English Proficiency Index was 52.89, a distinct improvement over the decade, and was placed at rank number 4 out of 19 Latin American countries for the same parameter. Hence you can rest assured that if you hire software developers from Chile, they will be able to communicate fluently in English with you, making the project experience smoother and much more convenient when combined with their highly professional services.

Chilean developers can also speak Spanish, which is an added advantage because Spanish is also commonly spoken all over the US. US companies can be assured that the quality and standard of Chile’s software developers is increasing every year, so you will get the same high quality of work you would expect from a US developer. What’s more, when you reach out to hire the developer team through YouTeam, you get to make the choice as to which developers you want to work with. That way you can see for yourself if the team is the right fit for your needs and proceed accordingly!

🔸 The cost advantage of outsourcing software development to Chile

A key reason for US companies to choose outsourcing software development to Chile as a top option is the massive cost difference in hiring a Chilean software developer. While the average salary earned by a US-based software developer is around USD 74532 yearly, a software developer in Chile is paid around CLP 23,639,417 (USD 30459 approximately) a year. Thus, hiring a developer from Chile will cost the US-based company a lot less than hiring a developer from the US itself. Not only does this mean significant cost saving, but the quality of work received is still very high, as any company would desire, without having to pay a huge amount. This is a very big advantage for US companies, which makes Chile all the more attractive as a country to get outsourced teams from. Further, the outsourcing market in Chile is not so competitive yet globally, as the country hasn’t fully realized its potential in that sense, so this is the perfect time to hire Chilean developers at affordable rates.

62 Devs in Latam You Can Hire (See Profiles)

Chile and its software development industry have proven themselves to be quite reliable when it comes to providing outsourced developers for other countries. However, in arrangements such as remote outsourcing, there are always a few things you should watch out for and take care of before committing to hiring the developers for the project. These pointers will help you get your project off to the right start.

However, even after you have gone over these steps and have succeeded in hiring the developers, there are still a few points you should remember during the project:

Chile is a very safe and trustworthy destination to outsource software development work to, but the above-mentioned pointers are things you should keep in mind whenever you seek outsourced services from any country. Also, although remote outsourcing has many benefits, it also carries its own sets of disadvantages. It is important to know both the pros and cons of outsourcing to a particular country before investing your time and money in the venture. Read on to get a sense of the possible difficulties you can encounter when outsourcing from Chile.

In the past two decades since outsourcing became a popular trend and business activity worldwide, there has been quite a distinct shift in terms of choosing which country is best to seek outsourced work from. Due to the massive difference in time zones with the US and UK, many countries in Asia have gone down in preference, while Latin American countries like Chile have surfaced to the top. Some countries like India have been subject to nationwide IT scandals such as the fall of Satyam, once a top Indian IT company, and others like China have lost trust and respect due to copyright violations and often the substandard quality of work. While Chile is also a top destination for obtaining outsourced professional services, there are certain drawbacks to outsourcing from Chile as well.

It is often thought by Chileans that the government in the past decade did not consider the growth of the Chilean IT sector a priority. While foreign investment in Chilean startups was encouraged significantly, it is often thought that preparing the software sector for outsourcing has not been dealt with well. Another concern identified by many foreign companies was that they could not find enough developers in Chile who could speak English fluently, and this language barrier could create a massive problem in the long run for bigger projects.

However, it is notable that over the past decade, Chile’s proficiency in English has risen considerably, and the language issue is slowly leveling out. At any rate, US companies looking to hire software developers from Chile can always check the developers’ language skills by interacting with them before hiring, so it is not a major issue. Moreover, with Chile’s fairly stable economy, peaceful political atmosphere, and increasingly modernized approach to the world, these are the only visible disadvantages that may arise while outsourcing developers from Chile.

Today there are many different choices of countries for US companies seeking outsourced development, but Chile is one of the most attractive ones out there currently. This is due to the presence of several benefits of offshore software development in Chile: from the lower cost of hiring skilled and professional developers, to a guarantee of highly qualified developers produced by Chile’s growing education system. All in all, here are the key takeaways as to why Chile is a top destination for software outsourcing:

Want to learn more about hiring developers from Chile? We’ll be happy to tell you about the possible benefits and pitfalls of software outsourcing to Latin America. Book a call! 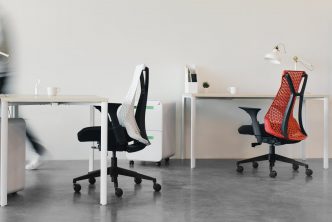