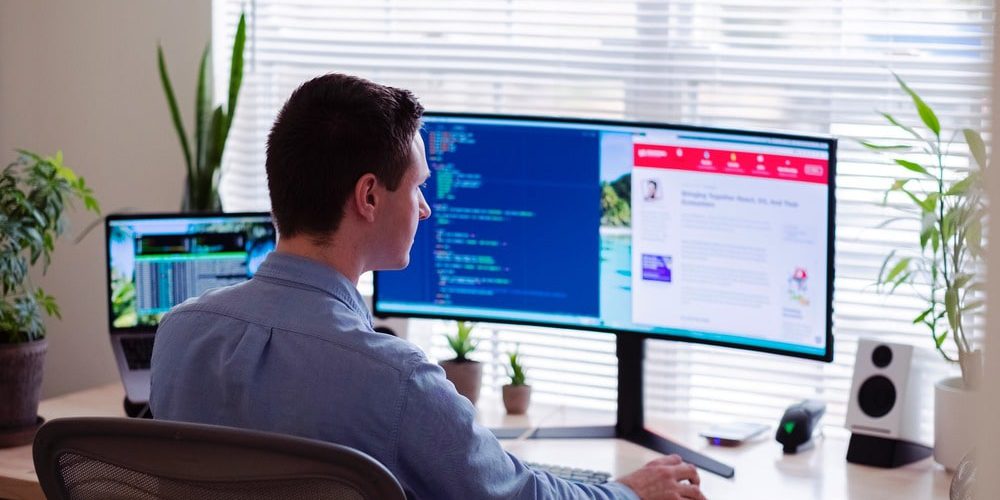 Web development has become a popular job role over the past few years and is ever-growing in demand. In fact, many companies struggle to find competent web developers to work with them full-time. Another factor to consider is how much you’re willing to spend on their salaries. In the article below, we will be discussing the typical web developer salary in the US and around the world.

Why is Web Development so popular?

In the modern world, websites have become almost a necessity when you’re running a business. As of now, there are over 1.8 billion websites currently active around the world, and these numbers are rising every minute.

Due to this, the demand for website development is at an all-time high. In fact, in the US alone, recent data from the U.S. Bureau of Labor Statistics show that the demand for web developers is expected to increase by 8% over the next decade. This percentage increase is much higher compared to other job roles.

A web developer can work for any type of business, be it a startup, a large corporation, or even as a freelancer. Since they are not tied down by one or a few industries, the demand is ever-increasing, as any business may require a website.

What Exactly Is A Web Developer?

As a general understanding, a web developer is someone who builds and creates World Wide Web applications. However, they are not limited to only doing this job. After the web app or a website (web page) is initially created, each will need to be monitored for improvements and optimization. This means that the web developer will have to control the work of web apps, update website content, improve graphics, and improve the structure of the website from both an SEO and User Experience point of view.

Every business needs to keep a web developer on their payroll to have a website that’s up and running all the time. However, some businesses may find it too costly to keep a developer on board full time. For this reason, you can find fully remote agencies or solo freelancers who will do the same job for you, from their remote locations.

What is Needed to Become a Web Developer?

To become a qualified web developer, there are a few key skill sets they need to master. No formal education in computer science like a bachelor’s degree is required. Even after web development courses or bootcamps, it’s possible to become a programmer ready for practical tasks.

So, the more of these skills a developer has mastered, the more competent they will be.

Now, these are just the average skills that a web developer needs to know to complete a job. There are other skills that more experienced will know such as back-end programming languages like Python or NodeJS. Knowledge of how to utilize databases should be also a major skill of web engineers. On top of that, if the developer knows how to work with SEO and design software like Illustrator, they will be a great hire.

Here are some of the most in-demand programming languages around the world. Some of the skills you want your full-stack web developer to have should be React.js, Ember.js, Python, Ruby, ASP.NET Core.

What Is The Average Salary of a Web Developer in the USA?

Just like most other professions, the amount a web developer makes will depend on his/her experience, knowledge, and company they work for. In the US, here is a breakdown of the different salary levels according to Glassdoor, Indeed, and PayScale.

These numbers differ from each other because they represent a salary range from data submitted to each of these platforms. Plus, values can differ because of:

As such, these values will give you a range to keep in mind rather than an accurate salary figure when you’re deciding on what salary you’re going to be paying.

The national average salary in the United States that earns web developers is $5,159. This number doesn’t include any benefits of taxes that pay employers. New York and California, traditionally, have the highest compensation for web developer jobs.

What Is The Average Web Developer Salary in the World?

As with most professions, the salary paid can differ greatly between countries for the same title. This happens due to the living conditions in the country, cost of living, labor productivity, and other factors. By outsourcing these projects to remote workers in Europe, Latin America, and Asia, US companies experience quite a cost-effective solution.

Here is a breakdown of the base salary paid in 9 different countries around the world where companies in the US outsource their projects.

Please, note that these salaries can be used as a benchmark if you want to open an R&D office in the country. In other cases of engaging engineers from these countries, you will pay for web development services which already include in their rates costs of renting the office, taxes, financial and non-financial benefits, paid vacations of developers, etc.

Does Working Full Time Or Freelance Impact Your Pay?

Deciding to hire a full-time developer or a freelancer will depend on what you expect from them and the work you need to be done. These are the factors you need to keep in mind:

Somewhere in between in-house and freelance hiring models is engineering staff augmentation. It’s a way to quickly extend the dev team with a full-time contractor whose employer of record is an outsourcing company. This allows getting needed expertise fast and with less commitment from the employer’s side.

Here’s how much engaging qualified engineers will cost you with different types of hiring: in-house, freelance, and staff augmentation with YouTeam.

Web developers are an important resource that any company needs. Whether you need a full-time developer or freelancer will depend on the number of projects you have. If you are only working on a couple of projects per month, then a freelancer would be more a valid and cost-effective strategy.

When you’re ready to start hiring that new web developer, here are 25 questions you can ask them to determine if they have the required skills and temperament to work for your company.