A front-end and a back-end developer don’t make the same. Even two programmers with similar technologies earn different salaries. A range of factors like experience and skillset determine how much programmers earn.

What is the Role of Front-End Developers?

Whether creating a website, mobile app, software, or game, companies need a front-end developer to visualize their ideas. With the help of a UX/UI and web designer, front-end developers create the visual aspects with which your users directly interact.

What are the Basic Front-End Development Skills?

All front-end developers use CSS and HTML. These are the foundations of web development for building the structure and style of any website or app.

There are also various programming languages used for web development. Software engineers familiar with JavaScript frameworks are also in demand for building interactive experiences. However, as the core JavaScript is not enough to create a fast and competitive website, some frameworks are more commonly used nowadays—AngularJS, ReactJS, BackboneJS, jQuery, and NodeJS. A skilled front-end developer should also have experience with AJAX, JSON, and Websocket.

Moreover, front-end developers must stay updated on the latest UX/UI design trends, as they collaborate with designers directly to create the best user experience for software, a website, or a mobile application.

This is primarily because a lot of tech companies test engineers on problem-solving skills by posing complex coding or system design problems. In addition, engineers are also tested on behavioral skills.

What is the Salary of a Front-End Web Developer in the US?

The above data was compiled from Indeed. Keep in mind that these are averages salaries for web developers—excluding benefits and administrative expenses.

Here are the average annual salaries for web developers across the US:

The US has some of the highest salaries for front-end developers. However, employers can greatly increase their options by outsourcing front-end web development or web design positions. Doing so allows them to hire software engineers of the same or better quality programming language skill set—but at lower rates. Here are the average salaries of front-end developers from various top outsourcing destinations, according to Glassdoor:

Software engineers with specific skills and technological expertise are more in demand. The technologies and programming languages required for a job will affect the number of competent developers available. Their individual skill sets will determine the rates they can charge for their services. According to Indeed.com: 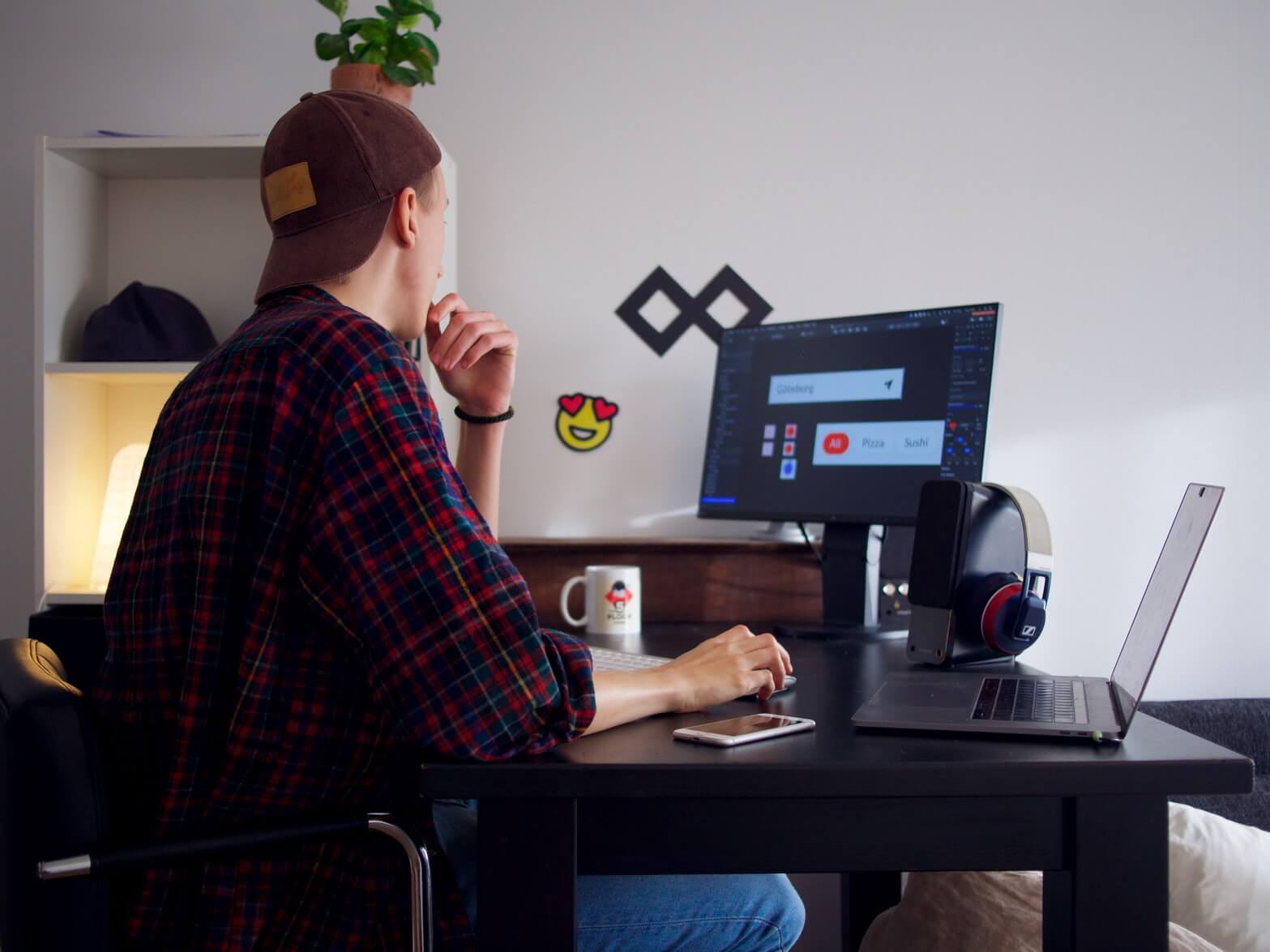 What is the Role of Back-End Developers?

Back-end developers work on the server-side of software and apps. They write code that helps apps exchange information with the database. Back-end programmers work with server logic, integration, APIs, and several other back-of-the-screen processes. Additionally, they incorporate what front-end developers do with the client-side.

What are the Basic Skills for Back-End Development?

Back-end developers know at least one or two programming languages for building servers, apps, and databases. The programming languages, like Python, C#, or Ruby on Rails, also help them integrate the user-end with the server-end of an application. According to Stack Overflow, JavaScript (64.96%) and Python (48.24%) are the two most popular languages used by software developers worldwide.

Working with APIs also pays off, as 66.5% of developers plan to expand the use of APIs in 2022. Popular technologies related to API are JSON and AJAX.

Moreover, it pays to have a basic understanding of front-end technologies like HTML and CSS. It helps back-end developers understand the process deeper from the client-side and server-side.

However, it’s highly unlikely that any front-end web or back-end developer is familiar with all the frameworks and technologies. Usually, employers research programming languages so they know which they prefer for their web design and development and which technologies they would like used for back-end development. With that knowledge, they look for a candidate matching that technical skillset.

Like front-end developers, interviews for back-end developers include solving tough coding and system design problems in a time-constrained environment. Developers must thoroughly prepare for this, as solely relying on previous work experience can prove inadequate.

Interview Kickstart also offers a Back-end Engineering Interview Course, which is tailor-made to help back-end developers prepare for tech interviews. They offer 18 courses in total, covering the most in-demand roles in tech. You can attend their Free Interview Prep Webinar to learn more about it.

What is the Average Salary of a Back-End Developer in the US?

In comparison, the average salary of a back-end developer is higher than a front-end developer. According to Indeed.com, back-end programmers in the US earn an average annual salary of $112,679. Additionally, they make an average bonus of $4,000 per year.

Payscale quotes a lower salary for US developers at $87,009 per year. Glassdoor, on the other hand, lists the average salary for back-end engineers in the US at $91,869. However, compiling the data shows that the salary range for an engineer is between $59,000 and$145,000 annually.

Remember, though,  hiring an in-house programmer will also incur additional expenses to cover benefits and administrative costs. Employers will also need to provide resources like a desktop and tools for software development.

However, employers can avoid paying for allowances or benefits if they hire a remote software developer. The only extra fees the company will incur are the commission charges for using a freelance hiring platform. Furthermore, hiring costs will be higher as well if working with an outsourcing agency.

The salaries range for back-end developers depends on their experience. Let’s explore the annual salaries programmers can command based on their work experience. According to Payscale:

Qualified engineers with solid experience and management skills can earn up to $130,000 per year (+bonuses).

Back-end developer salaries vary greatly by region. Therefore, employers can save a significant amount on payroll expenses by outsourcing programmers from countries with lower average salaries.

For example, back-end developers in California earn 11% more than the national average, according to Indeed.com. While developers in Colorado and Washington bring home 10% and5% more, respectively.

Here are some average salaries of back-end programmers across the US, as per Indeed.com:

Below are the salaries of back-end developers in leading outsourcing regions:

Outsourcing may be a cost-effective choice for US projects based on the higher average salaries. Employers can save money by accessing global talent by hiring a remote programmer. 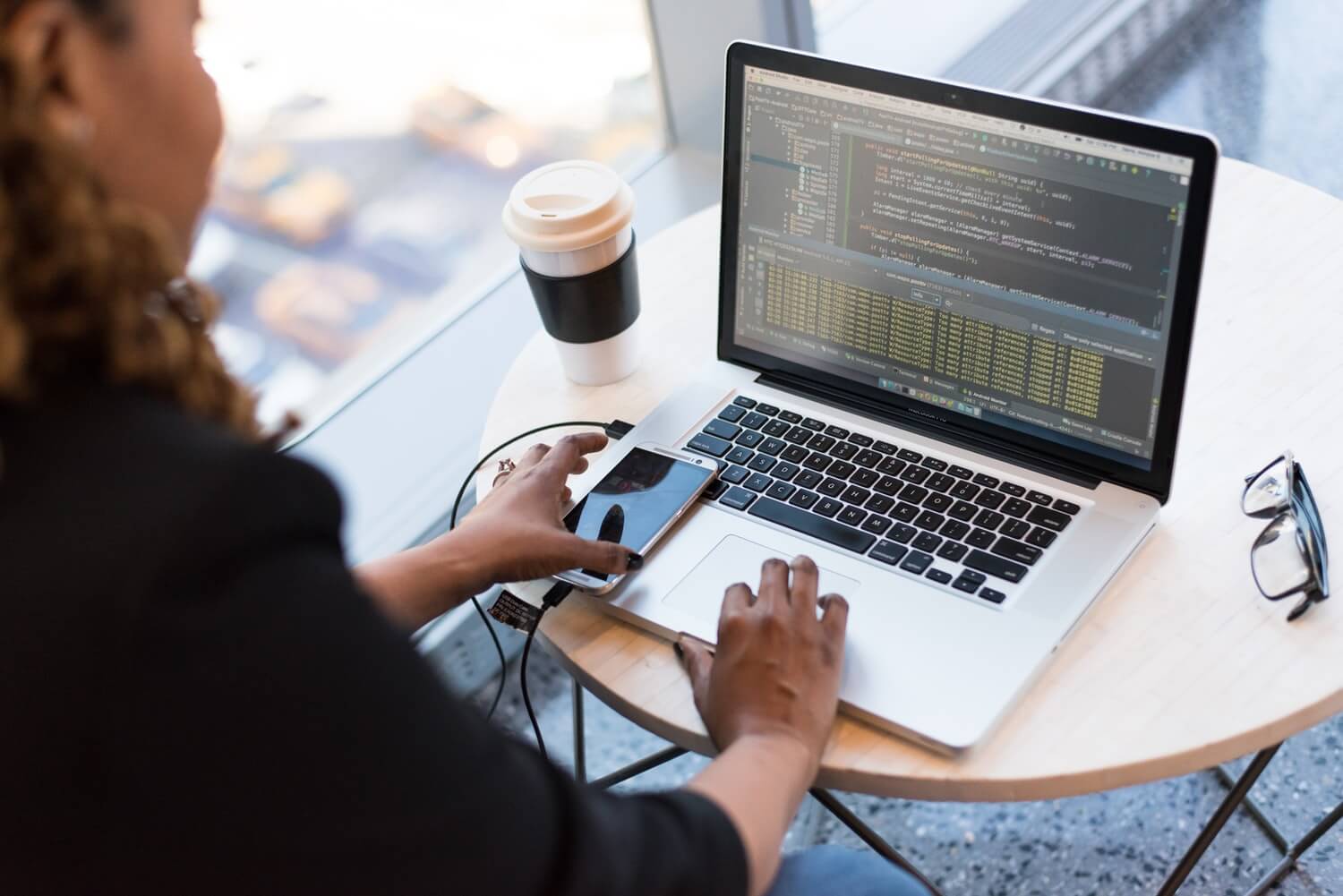 When hiring a developer, it’s worth considering the difference in salaries based on different hiring models. The following table breaks down the average rates for programmers.

It’s important to understand that the final cost includes more than the developers’ rates. Employers must also factor in any commissions or administrative costs for each hiring model. For example, when hiring freelancers from Upwork, employers pay a 3% commission in addition to the hourly or fixed rate. However, when hiring contractors using the staff augmentation model with YouTeam, employers again pay a commission for companies’ services, but this fee is calculated as a percentage of the developer’s monthly salary. Finally, when hiring in-house engineers, companies may pay recruiters to help find suitable candidates, plus extra costs, including taxes, bonuses, non-financial benefits, office rent, and support. Clearly, hiring in-house engineers are the most expensive option.

Is there a Difference between Web Developer and Mobile Developer Salaries?

Website and mobile app development are two different projects with different processes and requirements. So, can mobile and web developers earn the same salaries?

Compensation will vary on experience and other factors, but web developers from the US earn an average annual salary of $97,837.

In comparison, a mobile developer can earn $112,069 in the US. The reason is that often, mobile developers attend to both front-end and back-end responsibilities and, thus, demand higher pay.

Software developers who make an effort to acquire the latest skills and in-demand programming languages earn more than their colleagues. Back-end engineers can earn more by taking up the following skills, as reported by Indeed.com:

Who Are More in Demand: Front-End Web Developers or Back-End Developers?

Front-end development is referred to as the client-side, whereas back-end development works with the server-side of an application. The most common back-end programming languages include Java, Ruby, Python, PHP, and .Net. The most popular front-end languages are HTML, CSS, and JavaScript.

However, the demand in the software development market is high and continues to increase. For example, currently, there are 700+ open vacancies for front-end developers in New York and 680+ developer jobs available for back-end engineers.

A comparison of front-end vs. back-end developer salaries is essential when hiring the right talent for your software development needs. Annual salaries can reach $155,761 for a front-end developer—plus benefits, bonuses, administrative expenses, and tools and equipment. On the other hand, salaries for back-end developers may be as high as $165,000 annually in big US cities. As a result, considering a full-stack developer for your project may be a more cost-effective solution. This article’s data will help you compare and analyze different specialists and understand which engineers best suit your company.